Eight months of programme planning came to an end last week when we opened the third edition of Restaurant Marketer & Innovator European Summit. Almost 1,000 people from 19 countries across Europe and beyond attended the six events over the three days.

Speakers came from the biggest and best brands and agencies in the restaurant, cafe, pub and foodservice sector, again from more than a dozen countries. As you might expect, some key themes emerged. Here’s my round-up.

Technology as a facilitator of experience

Brands of all shapes and sizes are increasingly turning to technology – sometimes front of house, almost universally back of house, and on their promotions. There was a general sense from all speakers – even the robotics company executive – that the human touch will continue to be a defining element of great hospitality businesses when focused on delivering food for experience. For convenience-based occasions, consumer approval of technology is much higher. However, to gain buy-in we were told the key to any technological innovation is it must solve a real problem, with any change managed effectively.

One change we’ve seen most in our three years of running this event regards localism, perhaps off the back of increased competition and fall-out from the casual dining sector. Opening doors, collaborating with the community around your business, localising marketing, allowing a degree of local flavour, and building meaningful local relationships were all hammered home by multiple speakers.

Meg Ellis, commercial director of Honest Burgers, talked passionately about how the company walks the area, builds local contacts and gives a degree of autonomy to individual restaurants. One such initiative was a locally designed and sourced burger in each site. The creativity and passion it invoked was something that helped to set Honest Burgers apart as a winner in a market in which many sites are closing. There was a strong sense from many that despite carbon-copy stores standing for consistency in the past, consumers were now seeking more individuality and brands were fighting to avoid being seen as a chain.

Many speakers said entrepreneurial and operational leaders make decisions quickly using gut-instinct, often without supporting evidence or data. However, when these decisions have led to rapid roll-outs across entire estates they have sometimes failed and added unnecessary complexity to the operation. The idea of testing in one or a few sites was referenced several times, not only by the largest brands but the smaller ones too. It seems we’re growing up as a sector, with operators realising it’s much better to know something works before scaling up, leaving operators to deal with less change and focus on perfect delivery every time.

Grace Regan, founder of SpiceBox, was able to reference her time in Silicon Valley and the techniques used by technology giants, where this is everyday practice. Other examples came from Andre Johnstone, of Wagamama, who talked of the brand’s success in its Noodle Lab, with some big-picture thinking on testing provided by Daniel Bennett, of Ogilvy Consulting’s behavioural science practice. This testing doesn’t need to be complicated either, it can be done away from stores altogether. One such example came from Claire Scullion, of MVAD, who talked about menu design tips and how trialling can be as simple as A/B split-testing across two sites with the same menu designed differently.

Innovation has to deliver ROI

The days when marketers were seen as the colouring-in department, designing posters and tweeting occasionally, are long gone. We heard of a growing respect towards marketing leaders that drive the agenda on behalf of the consumer and brand, often taking commercial responsibility too. Many of our speakers were able to highlight a credible return on investment (ROI) of their innovations and campaigns, not least Carluccio’s Hilary Ansell, who leads the company’s Fresca transformation project that has had two iterations from which they have learned and continued to improve.

It’s awesome to see many more companies respecting the importance of building and protecting their brand for the long term, especially against the short-term effects of sales driving discounts and initiatives. Elise Ash, of Frankie and Benny’s, revealed how slow it can be to turn a brand – it requires perseverance and consistency. I was perhaps most struck by Richard Morris, managing director of Tortilla, who perfectly encapsulated the importance of demonstrating ROI by suggesting it may not be the reason to be creative but had to be the result. He referenced Tortilla’s highly successful tie-up with Brooklyn Brewery last year, which brought clearly demonstrable benefits at the top line.

Increasing consumer expectations and greater accessibility to information about your brand has resulted in far greater need for transparency in the eating and drinking out sector. Elise Craft, of Ogilvy Health and Wellness, told us consumers were far more willing to call brands out when they believed they were wrong and wanted to be included in a business’ decision-making.

The simple fact is we have to do more for less. In a business that’s people-focused, that means bringing your own teams along on the journey too and helping them to feel part of the story. A sense of purpose from their employer is a vital part of employees’ expectations these days. Rachael Whittle, of Dishoom, revealed how the company engaged its customers and team in their brand beyond four walls, ranging from cookbooks to events and its “matching a meal” initiative, which has donated more than eight million meals to those in need.

Doing good and having an ethical business fails to negate the need for a great product, however. One leader told us their brand’s food had become terrible and was clearly the reason for its decline. It was important, they said, to “avoid a downward spiral of quality chasing margin”. 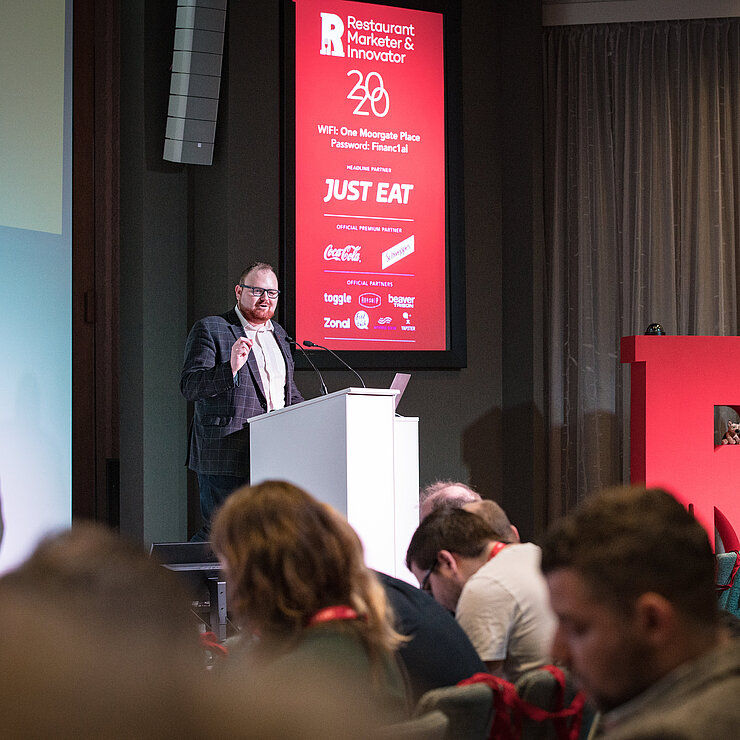