Set inside an abandoned train station in post-war Britain, Cahoots was a clear winner to the judges for embracing the creative nature of the venue and delivering it simply and effectively online through brilliant content. The Inception Group team set out a strategy to increase brand awareness and maximise booking for the new venue. Social media content was strategically posted online, from  1940s footage to on-brand vintage illustrations and GIFs.

Pre-launch the team created a launch video and posted it two months before launch to create intrigue and suspense to their current followers. This video in particular received over 82,000 views. Following this, further content was seeded out organically to count down until launch and also dark posted, targeting an audience close to the venue of the original Cahoots. With this they reached over 113,601 people and had over 5,000 clicks to site.

The team created a unique landing page that referenced the sites hoarding with text and images referring to rumours spreading about the new venue. Wanting the venue to be as memorable as possible, the team created a job advertisement, activated through a video posted social media advertising the ‘job role of a lifetime’: to become the owner of the new venue, for one week only. The chosen applicant would not only take home the opening week’s profits, but also enjoy their own 1940s launch party on the house, free gin for life in the new venue and more. The video had a total of 125,000 views and brought an increase of 77% new users to the website. Post activation, the brand showed every step of the owner’s journey in the venue, giving a peek into what it’s like to be ‘Head Scoundrel’ of Cahoots. 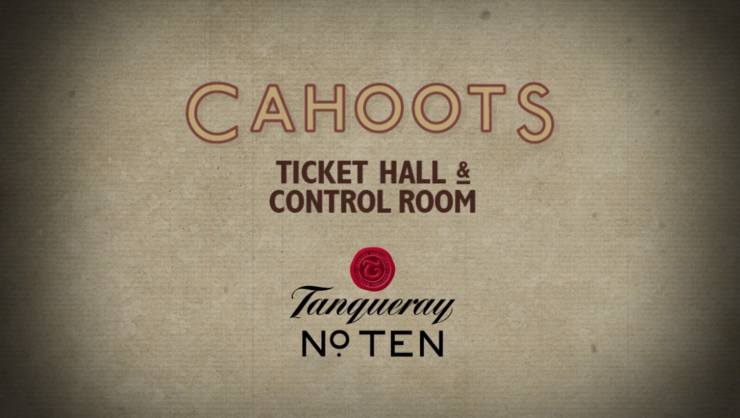