It feels slightly awkward when the industry’s dirty laundry gets aired in the wider world, as was the case with Wahaca recently. It was claimed

It feels slightly awkward when the industry’s dirty laundry gets aired in the wider world, as was the case with Wahaca recently. It was claimed the operator’s general policy means serving staff have to foot part or all of the bill if their guests “dine and dash”, in other words, do a runner.

It’s always hard to get a handle on the reality of these situations once the issue has passed through the swirling social media vortex several thousand times and the masses have reached a state of collective frenzy.

That said, my read is this:

1. Like most of the casual dining industry Wahaca had such a policy in place at some point, which was discretionary and enforceable if servers were negligent in letting diners walk without paying.

2. Similar rules used to apply, and probably still do, if cash floats are “short” at the end of shifts.

4. When it was in use, said policy was designed to drive the right behaviours and prevent collusion between guests and servers and, in turn, fraud – or, as some might call it, stealing.

5. The bottom line is it’s a policy that’s deeply flawed, unfair and open to abuse, and is still practised by restaurants across the industry, either at company or local level.

6. The actual incident may well have happened at Wahaca (to the abhorrence of the management) and may still be used unofficially by some general managers

Stepping back from the immediate situation, the truth is there’s too often a mentality in our industry of “operator is king”. If the operators think it’s a good idea, that thinking pretty much prevails. That may sound simplistic but my sense is too often our operations and the way we do things remain in a bubble. And it’s a bubble that hasn’t been properly scrutinised and stress-tested to effectively understand where the reputational risks are and what we really need to change – and change fast.

If you’re charged with brand stewardship, part of the job must be to identify the live issues that will do your brand real and lasting damage when the media (journalists or social) discover them and decide they don’t approve. For me, too many brands and companies are failing to effectively manage these risks.

Taking cash off workers for a float shortfall or when diners dash is a practical and pragmatic operator-led approach that has no place in our industry and certainly doesn’t play well in The Guardian, on the 10 O’Clock News and in the Twittersphere. We can’t take money from our people, especially not front-line servers on relatively low wages. If this sort if incident happens, we must believe and trust our people or make them part of an immediate disciplinary process.

This isn’t picking on Wahaca – it has been unlucky (again) – this could have happened to any one of a hundred companies.

As to what extent this situation has damaged Wahaca, while it feels bad at the moment, only time will tell. Contrary to some of my colleagues and the widespread public condemnation, the fact the company and its founders have a presence in the media and are considered a reasonably positive force may mitigate any fallout. This issue, which has fuelled several follow-up articles looking at the situation across the restaurant sector, feels more like an industry problem and one we must collectively sort. We must move away from such policies.

Separately, the incident is another graphic illustration of how difficult it is to control the messaging and get your side of the story out once the social media monster has grabbed hold of an issue. Increasingly, the speed of social means companies must be prepared and fully resourced to respond adequately.

Message in a bottle

For every company reeling from a kangaroo court experience at the hands of social media, there’s another being carried aloft on a wave of adulation, such as Hawksmoor and “wine-gate”. Hawksmoor struck viticultural gold when it turned a catastrophic operational issue over a rare bottle of claret (mistakenly sold for a fraction of its actual cost) into 64-carat PR gold.

That revealed the sheer alchemy possible when a people-forward company has clarity over its belief system and values, and lives and breathes them.

This is in sharp contrast to the demise of Jamie’s Italian. In the instantaneous closure of (almost) the whole business, three things were striking. First, the brutal way administrators shut up shop and lay people off with no notice, with staff often owed wages. It was a similar story when Patisserie Valerie sites closed. Administrators, who are brought in to protect the creditors and have a difficult job, will say they are merely following legislation. However, I can’t help thinking the way this is carried out will inevitably change, especially when these advisers tend to pocket hundreds of thousands, if not millions from fees as part of the process.

Second was the unedifying, ham-fisted and tone-deaf opportunistic attempts by rivals to fill their restaurants with Jamie’s customers – to the extent one well-known brand fly-posted closed Jamie’s restaurants with their locations and messaging. We know it’s tough out there, but we can do better than that.

Third, is a general lament for Jamie Oliver in the face of some heavy criticism. To echo others, let’s not forget the jobs he has created through his career and the amount of money he has put into the sector, not least the £12m or so he injected in an effort to rescue his UK restaurant business.

Three seismic situations from our sector and a load of learnings for anyone engaged in marketing, communications and reputation management. 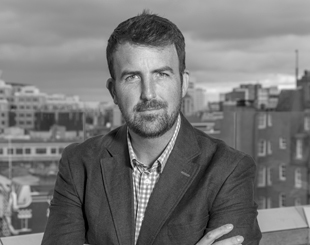