Closures, CVAs, brands extinguished in the blink of an eye – 2018 is an uncertain place to be, at least for some formerly stalwart UK chains. But how did we get here and what can we – as innovators, marketers and restaurateurs – do to survive?

To understand how we might go forward, first we should go back.

Chains, for previous generations at least, have long been a staple of the UK food scene. The first Wimpy Bar opened in the UK in 1954 – the same year rationing ended and only two years after the launch of the first package holiday. While the food scene left much to be desired – the butt of many a US sitcom joke and the scorn of many a Frenchman – we were beginning to dip out toes into foreign travel and foreign food. We wanted escapism – forget the fish and chips, tonight we’re going Italian. Tomorrow it’s moules frites – what larks! Yet we were still deeply suspicious – don’t forget this was an era when olive oil was bought from a chemist (in Kingsley Amis’ Lucky Jim, “spaghetti and dishes cooked in olive oil” are proclaimed the three f’s – “filthy foreign food”).

What chains provided was a chance to scratch this itch in the safety and comfort of a brand you knew and could ultimately “trust”. As Helen Rosner wrote in her James Beard-nominated Olive Garden nostalgia trip: “I love that I can walk in the door of an Olive Garden in Michigan City, Indiana, and feel like I’m in the same room I enter when I step into an Olive Garden in Queens or Rhode Island or the middle of Los Angeles.”

The chains noticed, and grew, and genuinely brought something new. PizzaExpress founder Peter Boizot was inspired by a trip to Italy rather than the boardroom, bringing a pizza oven back from Naples in 1965. Carluccio’s delivered the novelty and abundance of the continental deli counter. Wagamama meant bench-style seating, Busaba thrilled with its mysterious incense-infused entrances. Polpo’s no-reservations policy was met with a collective “you what?” but became the norm for half a decade’s worth of concepts – chain and independent alike. As the industry evolved, every few years a new brand would emerge and bring something to the table that made diners, and restaurateurs, sit up and listen.

And the food? It was good. I remember queuing at the first Wahaca in Covent Garden, hunkering down for an hour’s wait with margarita in hand, desperate to experience something called “Mexican market eating” and to try guacamole pounded in a molcajete. I also recall catching Gennaro Contaldo get his hands dirty in the window of the first Jamie’s Italian in Oxford, which was founded by the famed television chef who, don’t forget, cut his teeth at The River Café.

But then something started to happen. As a country we started to travel more adventurously, to eat more voraciously, and to do both more cheaply. We started liking and understanding this “other people’s food” – not just the westernised, culturally appropriated cuisine of times gone by but all of it, with all its complexities. We started to realise Thai food didn’t have to mean a Thai green curry but Som Saa’s whole deep-fried sea bass and the sour, earthy curry and roti for breakfast at Smoking Goat. We realised there were different types of noodles and saying you’re “going for an Indian” could mean anything from a fragrant dum biryani or coconut-laced keralan to Tibetan momos at Madame D’s. Hey, we even started to notice our own food wasn’t so bad either.

But the chains didn’t notice – and the chains grew. And while once upon a time Byron’s “built to look deliberately distressed” look was exciting and novel, once one appeared on every corner the sheen (or rather lack of) wore off. Millennials – that dreaded word – searched for the new, the unique, the experiential. They “hashtag loved local” and suddenly that homogeneity, that nth new pizza place or burger brand that jumped on a bandwagon, just wasn’t cutting it. It was a bubble – one that burst and is still bursting today with further closures seemingly announced weekly.

There is still a place for chains despite the restaurant apocalypse. However, finding it will mean facing some uncomfortable truths – and getting stuck in.

Chains once responded to consumer demands. Not cynically or by jumping on a bandwagon but by understanding what it is consumers want and how to provide it.

We need to interrogate our brands; know with confidence what makes them great and champion that. Why does having one branch of something automatically mean it can’t offer something interesting? But we also need to have some humility, to understand why we’ve fallen out of favour – and that doesn’t mean a cursory glance at the trade press or being able to recite the new top ten food trends at the drop of a hat.

Like learning a language, it demands fluency. Subscribe to Hot Dinners or The Nudge. Read Propel. Interact on social media, not just as a brand but as an individual – it’s the only way to truly understand it. Heard Walthamstow is the new Shoreditch? Go there, see why. A little bird told you the vegans are coming? Join the queue at Temple of Hackney. If we want to see how the market has changed, we need to get our hands dirty.

We have to understand our diners – really understand them – get into the restaurants and talk to them; make ourselves aware of every complaint and every compliment; see what content of ours they’re choosing to share online; see what else they’re admiring, liking and sharing. Don’t just sell to them, listen to them.

Look at what Wagamama is doing with its Noodle Lab and vegan menu, Shake Shack with its Naughty Boy burger collaboration, and Giggling Squid with its aesthetically pleasing interiors. They’re not jumping through hoops or shoehorning every available trend into their menu, they’re responding to the market and finding ways to be part of the conversation in a way that feels natural rather than contrived.

The way ahead is long and some may fall by the wayside. Once we shaped the way diners ate; and those diners surpassed us. We have grown complacent; but we mustn’t continue to be so. We can sit up and use this so-called “restaurant apocalypse” as a rallying cry; and we can remember where we came from. Right now the chain may be broken, but that doesn’t mean we can’t rediscover the missing link. 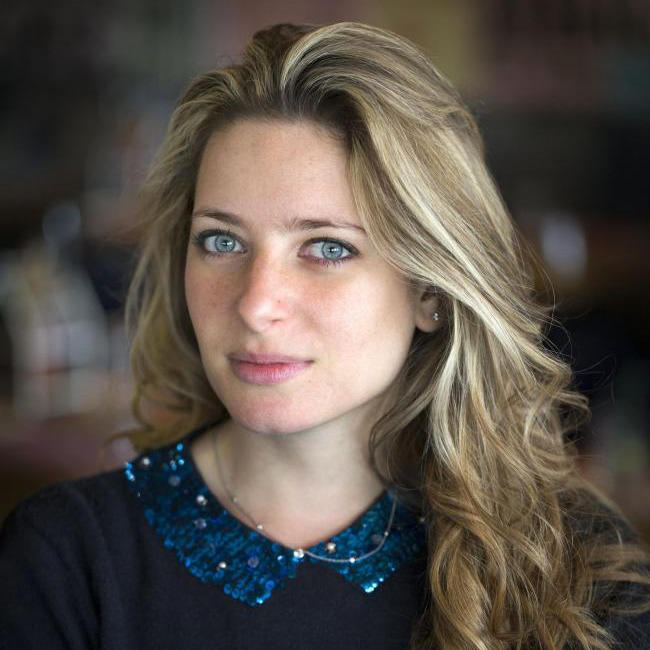 Lizzy Barber is head of marketing at Cabana, Hache and Hush Restaurants