America’s GDP-per-capita (or more plainly the average wealth of a resident in that country) is 50% higher than the UK. As such, it seems the sheer size and value of the domestic market means corporate US feels compelled to keep the capitalistic merry-go-round spinning by

fighting that much harder for consumer attention compared with the UK (or any other country). Reviewing overall media spend, the US dwarves the UK by a factor of almost ten, with eMarketer estimating these figures at $232bn versus £21bn (or $27bn) respectively.

Boil it down to our industry and the numbers are just as impressive. The American restaurant sector is worth $825bn, with quick service restaurants (QSRs) alone some $220bn. Compared with the total eating out market in the UK coming in at about £88bn, it shows how much more is “on the table”, so to speak.

Kantar estimates restaurant advertising in the US in 2018 was up 6.6% to $6.7bn, which would equate to a media spend of about 0.8% of revenue. Baking in macro factors (including a sizeable presence of independents and low-cost operators less likely to have the capabilities or budgets to deliver large media campaigns) and micro factors (apportioning of media in

overall marketing mix alongside brand, strategy, promotional discounts, agency fees etc), this feels roughly right. I remember a saying from a former colleague: “One to build (brand), one to buy (media), one to save (customers money through discounts and promotions) and one to spy (through competitor research and consumer insight).” This is a roundabout

way of saying one-quarter of your overall marketing budget should be spent on media. If you apply this rough methodology to the numbers at hand, this comes out to somewhere around the 3% to 7% marketing budget as a portion of total revenue that’s so often talked of in our field. The number of players battling to be top of mind in the US seems far greater, with numerous full service restaurant and QSR chains using regional, if not national, television as part of the mix alongside other more cost-effective mediums. Conceptually, approaches couldn’t be more varied.

A recent spot from Darden’s juggernaut brand Olive Garden holds true to form, with the commercial focusing on never-ending stuffed pasta and the creative inspiration riffing off Marks & Spencer’s 2014 Adventures In Food. With a channel mix also leaning heavily on times of old, as shown by its preference for traditional channels, the parent group’s average yearly marketing budget of circa $243m works out to about 3.7% of its $6.6bn operating revenue. Meanwhile, Yum! Brands’ self-proclaimed category-of-one, Taco Bell’s latest fake movie trailer “Retrieval”, sees Hollywood heart-throb and former X-Man James Marsden portray Dr Conrad, a retired astronaut who is the world’s last hope to bring nacho fries back from a mysterious disappearance for the sake of humanity. Yes, you read that right and,

believe it or not, this off-the-wall approach appears to have American consumers going wild if financial results are anything to go by. Buoying the group’s two comparatively ageing and ailing brands KFC and Pizza Hut, the Mexican-inspired QSR is driving the group’s 5% sales growth. With a much more digital-forward programming schedule, Yum! seems to be working wonders with its $253m of advertising spend. The $5.9bn revenue- generating business reported an incredible 9% increased operating profit to the tune of $1.7bn last year.

As digital advertising formats continue to create more efficient return on investment and while it’s evident the ability to move with technological change is greater in the US, the willingness for most large restaurant businesses to adopt this can be likened to great barbecue cooking techniques – low and slow. When compared with other sectors, the ability

to deliver more intricate and interwoven programming across multiple channels and formats appears to make way for the facile excuses of being too costly or complex.

Yet compared with the UK, where the pattern of play still appears to be, at least for the most part, sticking to archaic quarter-page ads in ever- diminishing print publications, it feels mildly progressive. Even for “forward- thinking”, Generation Z-focused British businesses, I often feel having influencers our executive teams have probably never heard of extol the virtues of a brand they don’t care for or truly align themselves with feels like an extremely forced fit.

By contrast, channel selection and placement feel far more like endeavours of science in the US. Like fine dinnerware ready to be plated with gourmet food, America’s transport infrastructure is primed for better out-of-home advertising than a country where most roads were built before the modern car was invented. With a sprawling land mass creating a population density eight times lower across the entire country – and even with outliers Los

Angeles and New York being two times and seven times respectively more so than London – the appetite for brands to wheat-paste or upload their campaigns on every billboard in sight is left unsatiated and instead replaced with a nuanced location strategy (unless you’re Jay Z and have Droga5 helping you launch your autobiography – one of my favourite campaigns of all time).

As for favourites, we all agree – quality creative wins out overall, right? Give us some system-1-thinking-laden commercial that’s going to thrust itself straight to our limbic core and unlock some primitive, emotional reaction that makes us want to laugh, cry and buy all at the same time. Well, I don’t know if we’ve hit the mark yet but I’m curious to know your thoughts on our new ad for Panda Express promoting our limited time offer, Wok-Fired Shrimp – feel free to send me your feedback via LinkedIn (https://www.linkedin.com/in/jasonagarhutton/). 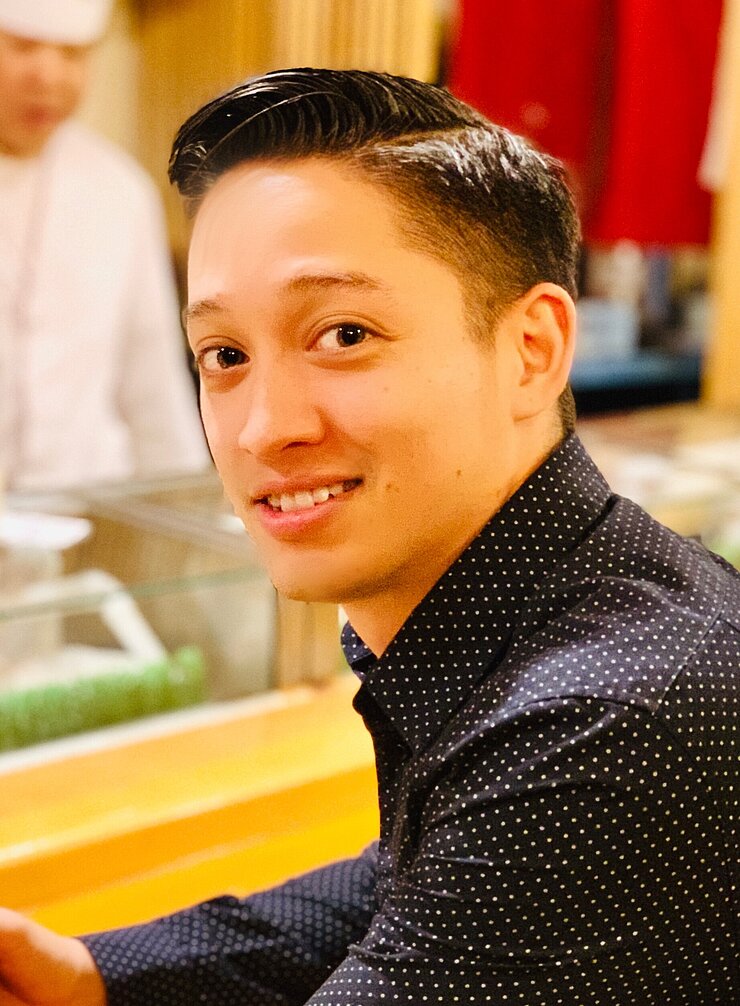 Jason Agar-Hutton is senior multi-concept brand manager at US- based Panda Restaurant Group, which operates the Panda Express, Panda Inn and Hibachi-San brands in more than 2,000 locations.