When I joined Dishoom in 2011, myself (and the rest of the team) spent a lot of time working on the tangible and urgent things that sit way above “brand” and “culture” on the never-ending to-do list – menus, vouchers, Christmas reservations, mailshots, trying to make sure our breakfast covers hit double digits every morning. Success was pretty hit and miss and, if I’m honest, back then it felt like a ropey experience for all involved.

A particularly blistering review of our Southbank summer pop-up became a turning point. It made us question what was really important and urgent and, thankfully, we eventually figured out that it was – above all else – about welcoming guests warmly, serving them great food and drinks, and making sure our team was happy and fulfilled. These continue to be our KPIs to this day and, as we started to mess up less, we found space to think about our business. We intended Dishoom to be a London homage to the cafes Iranian immigrants opened in Bombay in the early 20th century.

Now mostly closed, these were lovely, nostalgic places with fascinating histories and charmingly eccentric owners. However, what inspired us most was finding out they were the first places where Bombayites of all classes, castes and religions could eat and drink together. These were true shared spaces and played an important role in making Bombay a more cosmopolitan and tolerant city. We noticed parallels in our own restaurant – cash-strapped students taking advantage of our bottomless chai perching next to bankers who had booked a table for a celebratory lunch. Muslim families dining next to Hindu teenagers. Dishes cooked in Parsi, Muslim, Hindu and Christian traditions sharing space on the same table. Our team, consisting of all nationalities and backgrounds, serving our equally diverse guests.

We realised this in itself was important. In a society that’s becoming increasingly divided, we need more shared spaces, not fewer. It became clear to us breaking down barriers and bringing people together over food should be central to Dishoom – a kind of modern version of Irani cafe culture. We were excited about this and set out to find ways to do more of it.

At the Dishoom Family Mela (when we close for a day to throw a summer festival for our team and families) we started asking everyone to tie a white thread (or rakhi) on someone of a different faith or culture. This gesture was inspired by the great poet Rabindranath Tagore, who used the rakhi in 1905 as a symbol of solidarity to bring Hindus and Muslims in Bengal together when the British threatened to divide them. For every rakhi tied, we donated £1 to Seeds Of Peace, a charity that brings teenagers from conflict zones together at summer camp to begin to understand their differences.

We also started celebrating our different traditions together. Chef Naved fasts with our co-founders Shamil and Kavi for Janmastmi (a Hindu festival), and they fast with him for a day during Ramadan. On both occasions we hold a get-together to break fast with our team, who are also invited to fast, although they don’t have to. This is open to all team members of any religion – and those with none at all! Quite a few young Muslims in our team have expressed strong gratitude that we do this and speak of being understood and respected for who they are.

In 2015, when we were discussing Ramadan, Naved, who is a Muslim, told us charity was a vital pillar of the Islamic holy month. We decided then and there to donate a meal for every one we served during Ramadan through charity partners Magic Breakfast in the UK and The Akshaya Patra Foundation in India. We then made these partnerships permanent at Diwali the same year. Since then we’ve donated more than seven million meals to ensure children raised in poverty turn up to school and get the sustenance they need to learn. We’ll continue to donate a meal for every meal we serve and, out of everything we’ve done in the past nine years, this is the thing I’m most proud of. 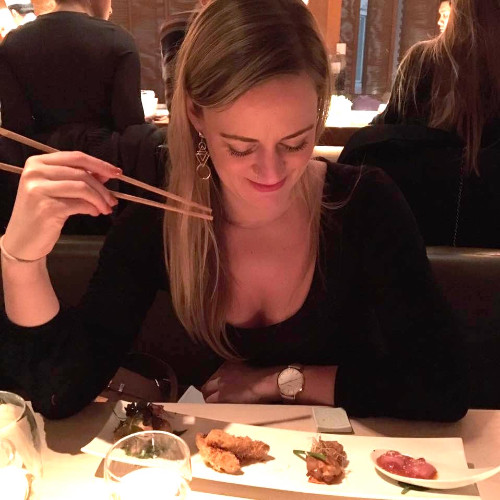 Sara Stark is head of marketing and creative at Dishoom